Posted by Joshua N. on February 07, 2013
At 03:15 Wednesday morning, we climbed out of bed after only 2.5 hours of rest to head for the airport. After a layover in LAX and a 6.5 hour flight south and east, we arrived at the tip of Central America in the country of Panama. Sights and sounds are different down here. The first to greet us was the music playing in the Airport- sounding almost an exact replica of that from my high school spanish curriculum video tapes. Incredible.

We hadn’t been there long, though, before we were canned up in the red-eye flyer bound for Santa Cruz. That flight debuted what has since been dubbed our most unnerving flight experience to date.

Most in the plane had to have been sleeping, and lights were off. All was calm and peaceful when without warning the plane plunged violently towards the earth. The ensuing mayhem couldn’t have lasted more than 60 seconds, but it was long enough. After the plane had dropped forcefully for what I’m sure was several hundred feet, everything snapped back to full gravity. This was then followed by violent turbulence- the kind where you’re sure the craft will snap- then by another equally long plummet earthward, accompanied by a decided pitching/tumbling sensation. This unusual plane behavior was accompanied by a great number of its passenger’s voices crying out with fear, saying their Ave Marias or just weeping. Other passengers just clutched the seat backs in front of them in silent dismay. As suddenly as the unrest had started, it vanished, and the plane sailed on without so much as another bump. Interesting.

Well, we got to Santa Cruz alright, and worked our way through the customs routine after finding ourselves at the very end of every queue. Another shocker was seeing our garment bag pleasantly claimed and loaded on a stranger’s luggage cart. Sean walked over and said with confidence “Esto es mío” while unstacking the cart to get our bag. The porter (who was just following the instructions of the lady and majority baggage owner) replied with little fuss, “Oh, si? Okay, okay...”. We were finally able to check in to our Bolivian national flight.

As we descended into Cochabamba, the teaming green testified to the fact that we are indeed in rainy season. The climate here is said to be ideal. It is cool in comparison to the tropical temps in Santa Cruz- probably mid 60s (thanks to a recent rain) when we stepped off the plane, and trotted towards the terminal in leisure as guards watched on in full camo. This time no stolen bags, just misdirected ones. Natasha jumped over a “authorized personnel only” line to rescue her bag from entering a building on an incorrect carrousel. No harm done.

Met up with our party and piled into a little taxi to get to our one-day domicile. Yeah, seven of us and our luggage crammed in a 5 seat car- two in the passenger’s seat, and 4 grown men in the back. Love it! This is how we do things around here.

So here we are. Rested up a bit, went to a little Adventist restaurant for some soup and salad, and then to visit the Cristo de la Concordia; a larger version of its Brazilian predecessor in Rio de Janeiro, Christo Redentor. Christo de la Concordia is currently the largest statute of Jesus Christ in the world.

Tonight is spent in this nice hotel, and tomorrow we head out for the grounds where the campmeeting will be held. I hear tell there is no internet there, so we’ll be off the map for a while.

Counting our  many blessings. This is a neat place with neat people.

Waiting for flight in LA 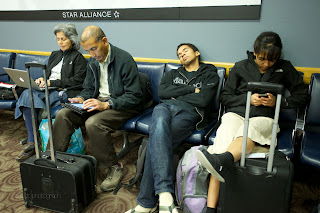 Waiting for flight in Santa Cruz 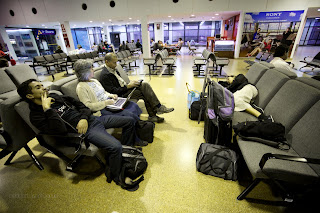 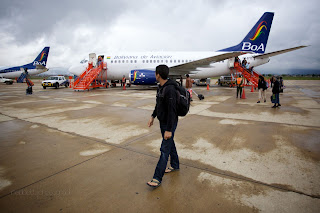 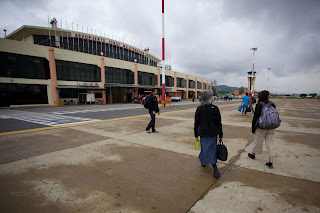 Our lovely room. Trust me, it feels good to get horizontal- can't you tell? ;) 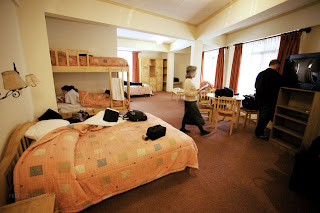 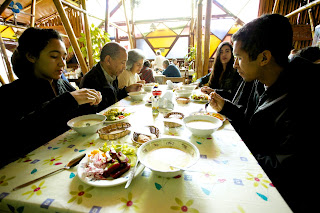 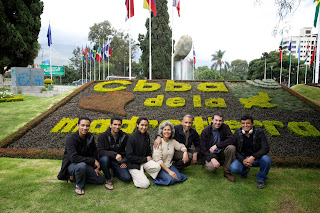 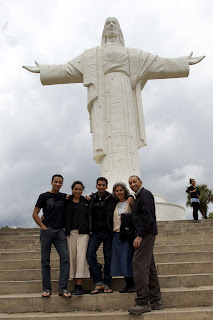 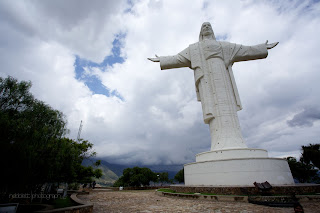 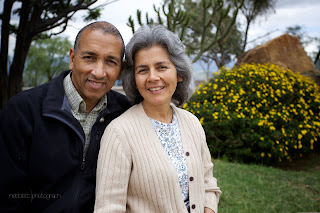 Cochabamba from the hill 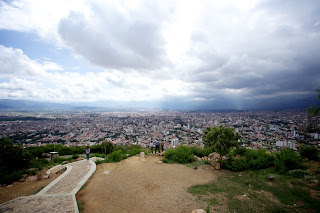 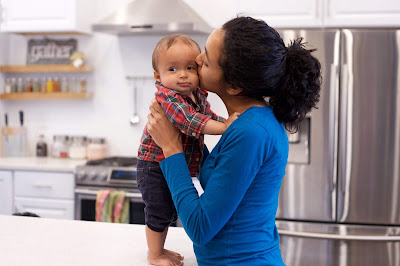 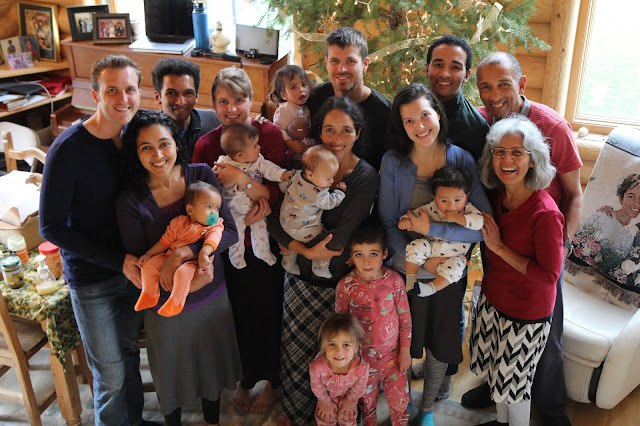 Note: This blogpost was written the day before my birthday (7.4.12) but the overfilled nature of life has kept me from posting it until now. I remember the first time it occurred to me that I might be married someday... I was just finishing the recital of names I had decided upon for the dozen children I thought I would have. Six boys and six girls. :) Perhaps I was nine or ten. I had thought long and hard about all those names, and was pleased to share them with my mother. Her response was a smile and question: “What if your husband has names he likes that you haven’t thought of?” That made me stop in my tracks. Oh yes, I guess I need a husband first... Fast forward several years. As a 17 year old, I climbed a rocky hill we call “Monument Ridge”. I buried a letter of promise* to him and to God that said I would wait for them both, to usher that season of love into my life. A small altar of stones marks the place. Every year since then around my birthday, I’ve returned to that place to rej…