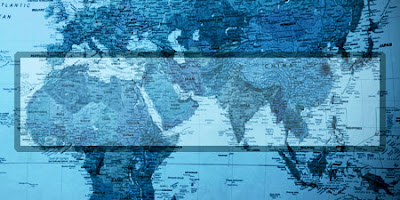 “You mean to tell me that she is the only Adventist living in her entire country?!”

“That the church knows of, yes.”

I turn and look incredulously across the way at this girl who is barely older than me. I have absolutely no clue experientially what that is like, but my imagination runs wild. The only one that we know of.

A few hours later I have the privilege of sitting across from her over dinner and hearing her talk. I watch her tears stream down as she talks about her country. Not one church.  Not one...

Her dream is bringing the gospel to her country. But she says there is no way her dream is possible.

We object. Yes, the dream is possible. Nothing is impossible with God!

“God doesn’t need me here. You already have everything. So many preachers and resources. I’m learning more in a month here than I could at home in three years. But...”

But... she knows the magnitude, the size, the impossibility (??) of the dream.

As her passion and pain intensify I’m struggling to understand what she is saying through her accented, broken English. Someone who knows her better turns to me and clarifies matter-of-factly, “She’s saying no one wants to go over there unless it is safe. And it isn’t safe.”

She’ll gladly go. But right now she’s trapped out of her country as the borders closed down since she left on this trip. She’s willing to die - and likely she will. Spreading the gospel can mean death over there, but she doesn’t care. But... besides her, she hasn’t met anyone, not anyone, that is willing to go too.

I feel like saying I’m willing to go. I sure feel willing right now. But I analyze what that will sound like to her. Comfortable, relaxed, American me. It’s obvious... I have no clue what I’m talking about. She does.

And she’s been interacting with these privileged, blessed, spiritually wealthy Christians. (Or are they so wealthy after all?) And in all her months of interacting with us, she hasn’t met one, not one, that would be willing to go to her country to spread the gospel.
Her words haunt me.

Several days later we sit around the living room floor at the neighbor’s house celebrating Joshua’s birthday. We gear up for joy; we are going to play missionary together.

I glance over the map, and these countries catch my eye. These countries where to spread the gospel can often mean deportation or death. I announce it loud: that’s where I’m going. I’m going to plant the gospel there.

An hour passes and I’ve had no success, and believe me, I’ve tried. Some of my dear neighbors around the circle are trying too. China, North Korea, Pakistan, Iran, Tibet, Saudi Arabia, India... And we’re deported, imprisoned, martyred, deported, and deported again. The story is the same. And my frustration and determination climb.

Another half an hour - every other country on the map has been all but forgotten; but the game is also almost over. Everyone is spending every chance to go abroad on those lands. The last move of the game comes. “I’m going to Saudi. Who wants to come with me?” Every hand around the living room flies up. And what’s the real benefit? Nothing, except the chance to go. And we all go... And we all get deported again. And the game is over. And those countries are untouched.

Maybe it’s the conversation I had a few days ago with a girl that is the only one from her country in the 10-40 Window... Maybe this is a game, but I’m devastated. Devastated that I didn’t go. Not even in a game.

Everyone else doesn’t like it either. So we decide to keep playing until we get in. And the very next player gets to go, and we all go with, and in a matter of seconds the gospel was “planted” in Iraq. A cheer goes up. But at the same time I want to cry. “How is it,” I demand of my friends, “that we try and try and only after the game is over and it doesn’t matter anymore, we get into one of those countries?!”

I think back to the last 45 minutes of the game, and see a parallel to what must be. You’re going? I am too. If you are deported, I’ll try next. Who will over there where much can be lost and chances of success seem small? Count me in.

Those places won’t ever be won until that is the spirit. Always.


But of course, that was only a game. My mind comes back to the here and now.

That girl... She says her dream is impossible. But her life testifies to a contrary belief deep down. She’s going back when the boarders reopen.

And we? We say it is possible. But our lives testify to a contrary belief deep down. We say it’s possible, and we stay right here.

I don’t know about you... But when the stars come out at night and I see the work of His fingers; when my Bible rests on my lap and I read that the Sovereign serves His servants; when I remember the exploits of Divinity in ages past and set my confidence in the fact that He never changes, and He will do it again...

I burn for the impossible dream.

...To my neighbor, and throughout my country, and across the world.

*The gender of the individual mentioned in the post may or may not have been changed for the purpose of maintaining anonymity. 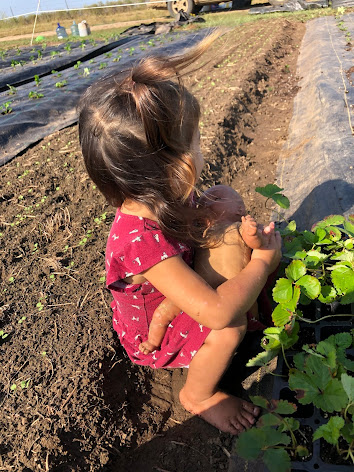